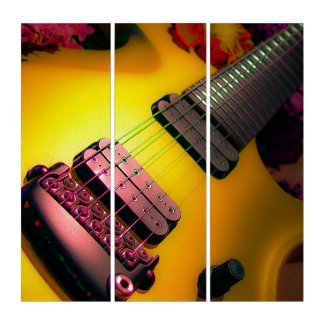 . In my personal opinion some R8’s are by far the best Les Paul’s in existence. As a Classic Rock Player and as a guitar dealer for many years, I’ve had the opportunity to play hundreds of high end instruments. Don’t get me wrong, I have owned super guitars in the form of Les Paul’s, Fender Srat‘

s, PRS’s and even SG’s. They all played nice, but most didn’t have the cool factor, presence and feel, or mojo that 58’s have. We’re not talking about inexpensive guitars either; just saw a 2017 R8 Custom Dirty Lemon in the $4500 range. I consider Gibson Custom Shop 58 Reissues to be 59 Reissue

slayers, although there are some very nice 59’s out there too.

I have owned many R8’s, but this particular 2001 Butterscotch Flame, I do regret reselling.  Did I mention that it was a factory light relic?  Zoom in on the pups. Thi s one hailed from the state of Georgia, a true tone monster, with premier Flamed Maple top competing against some of the most electrifying wood grain that I have ever seen. This guitar was mean; it played me; I didn’t play it. Love at first sight, the neck was perfect and the body was absolutely gorgeous. See for yourself!  The  aged Burstbucker

Pup’s were smoking hot with that sought after tight PAF sound that only “one in a hundred” Les Paul’s could ever replicate.  A cross between Shaw’s and T-Tops.

I was also blessed to have owned  another remarkable R8. It was a 2008 Iced Tea Burst

.  This model was one of the first Chambered, or weight relieved bodies, and it was also one of a kind especially in the playability sound department.  I believe that  was also the first Plek fret job run for the R8’s. I couldn’t put it down and actually owned it for several years. They are definitely worthwhile investments that keep on giving back.

Some notable Gibson Les Paul 58 players are: Mark Knopfler, Billy Gibbons – ZZ Top, and Gary Rossington of Lynyrd Skynyrd. They’re amazing guitars and quite possibly some of the best out there. At the end of the day it comes down to personal preference, but some Gibson LP 58 Reissues are amazing and rare guitars, and for somebody that wants to take that next step, I highly recommend them. Guitarwacky designs limited niche apparel and art, plus unique gift collections specifically for Guitar lovers out there. We also offer limited one off merchandise including Custom Relic Guitars plus a DIY: Guitar Pickups/Cavity Image Database of dismantled guitars and sound galleries.